We are proud to release the Kanger mini Protank as the second in a line of new glassomizers from KangerTech.

What is the Mini Protank?

The mini Protank is simple T3S style clearomizer in the sub category of glassomizers. (A glass clearomizer) its the little brother to the regular protank which is know for  metal construction and borosilicate (same as the trademarked Pyrex in the USA)  glass which is basically a stable glass used for its sturdiness and resistance to fracturing during rapid temperature changes. This glass is used in laboratories for its stability.

Dimensions and capacity of the mini.

Its height freestanding on a flat surface is as tall as a Kanger T2 which is 2 15/16 inches tall or 74mm internationally. Diameter is that of an eVod/ego type battery which is 14mm. The pyrex glass is thinner to allow increased liquid capacity which is a stated 1.5ml which is more than the suggested .8 and 1.0 that was previously stated from other sources.  The glass appears to be close to the thickness of the regular T2/T3 which means that you should handle this product with care.   Its meant to be used on eGo batteries NOT heavy mods.

Notable changes from the Protank I.

Aside from the obvious size difference and thinner glass , the mini Protank upon release uses an ego style adapter that is vastly different than both the 510 threaded (Protank I) we have seen, and ego connectors on /T2/T3/evods and it appears this has been done with a very strategic and well thought out purpose.

The ego base appear’s to be extended in height to allow for a better grip and better airflow since the ego threads are away from threading there is no longer a “hit or miss” blockage effect like we have seen on the T3S/T3 product lines. Also the atomizer is near level with the base in itself unlike T3 and evod heads that can be quite a bit higher than the base threading.  This allows for a longer center shaft and thus more usable area for liquid capacity.  The base itself is smooth and polished, allowing for the use of household tape to block an airhole if one so chooses. 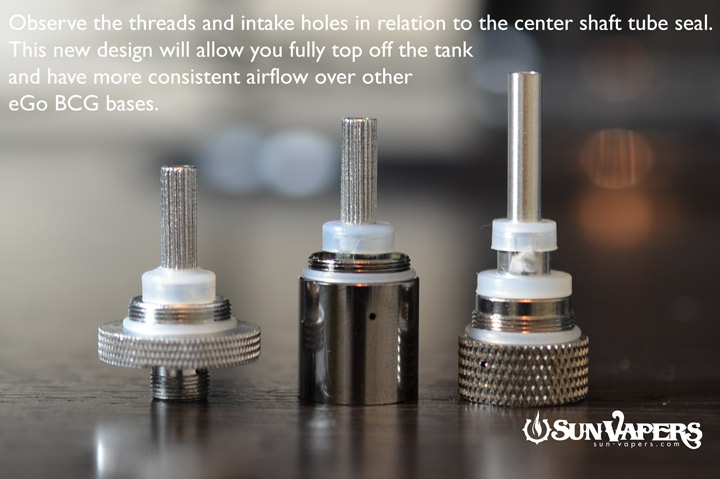 Backward compatibility between the mini and KPT1 heads.

Another interesting aspect of the Mini Protank base is that the the ego base can fit seamlessly with the Kanger Protank I.  So those who are a bit more likely to break the base  could possibly benefit from using the MPT base on the KPT1. In addition the heads are identical, you should not have any issues with changing the heads since it was engineered this way intentionally.

Does the T3S head fit the mini Protank?

No, buy the heads that are meant for the product your using.

Yes. but we do not offer support on this at all.

Kanger has once again proven to me that they are true masters of both Pyrex and the bottcom coil.  They did not just make a smaller protank to fit ego batteries and stop there.  They addressed some of the short comings of having intake holes on the eGo base thread which led to blocking on certain devices, such the T2, T3S, eVod and Protank I.  This is an exciting time to be a vaper.

(Below) note how the MPT base is on the Protank. 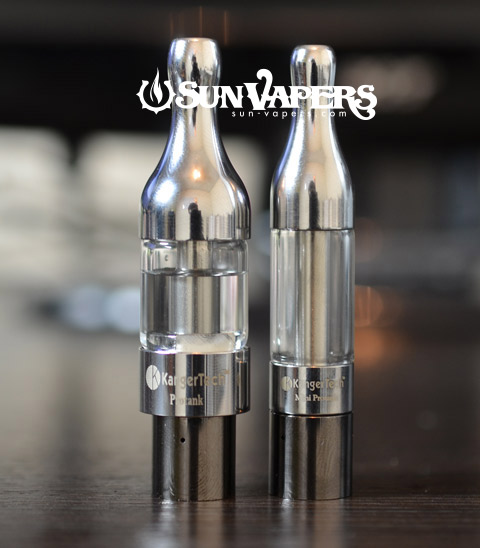 Someone wanted a familiar products line up.  Your wish is my command. 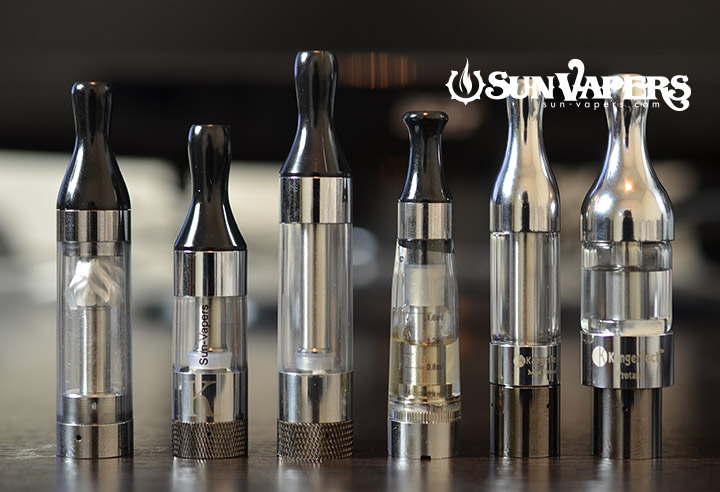 31 thoughts on “Everything you want to know about the mini Kanger Protank.”