I received my Kanger Protank Glassomizer Monday and the first thing I thought was; this does not match anything I own in terms of quality.

This blog post is incomplete 2./13/2013. Check back soon.  I will add photos and tidibits until I actually have my crate!

I just want to mention SUPPORT ME AND KANGERTECH AND WE WILL CONTINUE TO INNOVATE TOGETHER!

So I went out to shop Provari’s and they were just way out of my price range. After watching myself in the video and just feeling like,  I could really complete my setup if I could just get over this purchase.  I got a mini, a 18350 and an Efest charger.  I really love how everything came together, and one of the most asked questions with Kanger products and provari: “Does it fit my Provari” Well now you know!!!  American and Chinese quality in one.  No offense Joyetech, but you have to admit, look at that Protank shine! 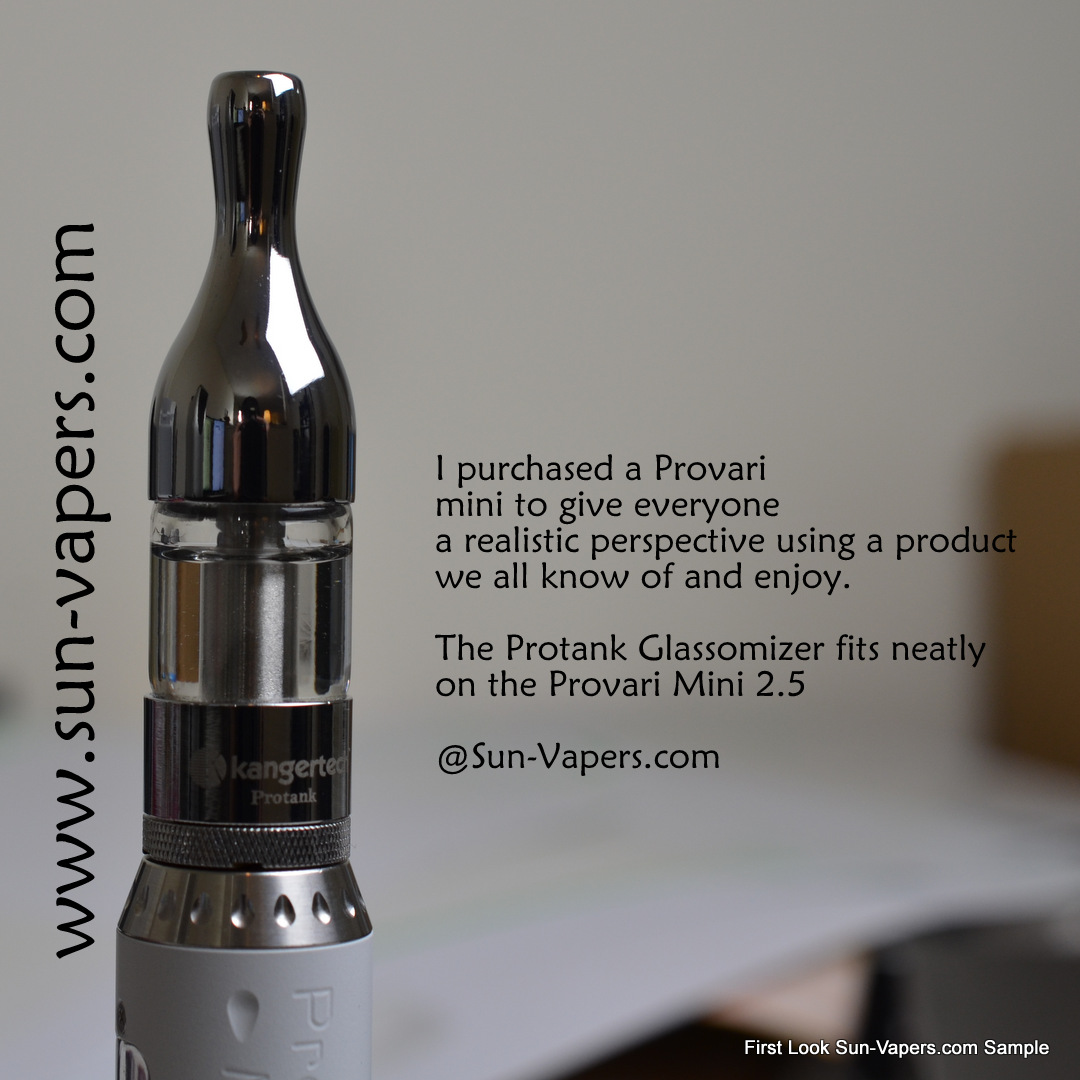 I didn’t fine tune my shot on the eVic but it does look very good either way.  I think the metal on metal look on the Provari is superior to the Metal on painted surface Joyetech used. 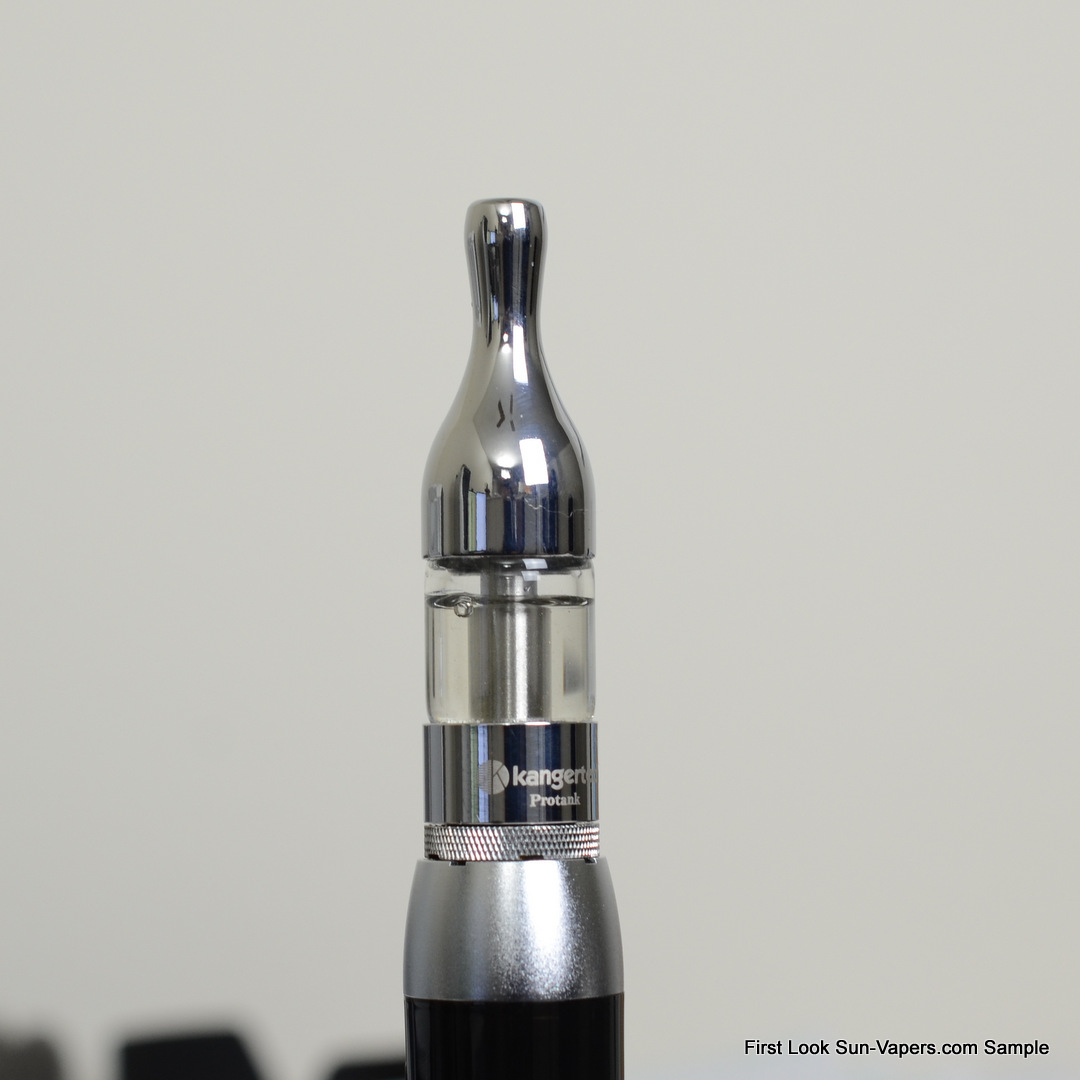 I suggested borosilicate glass for the Pyrex material.  Not sure if that is what was used but it is listed as Pyrex and it does have that dense Pyrex feel to it.  Take a look at the first prototype in the instruction card. 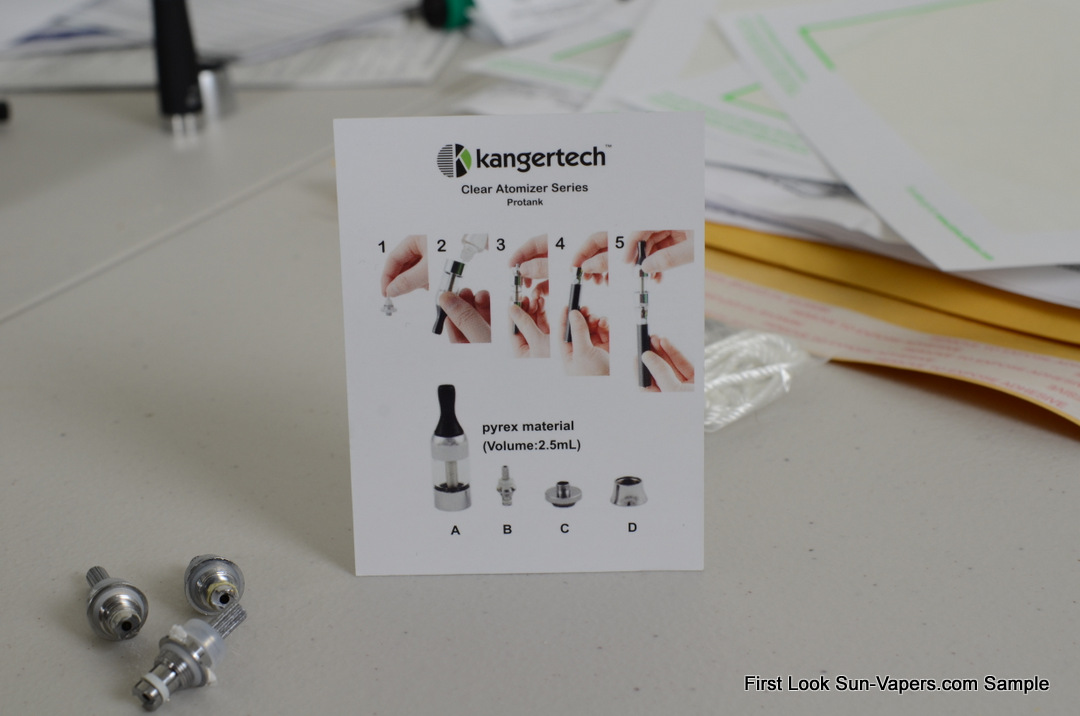 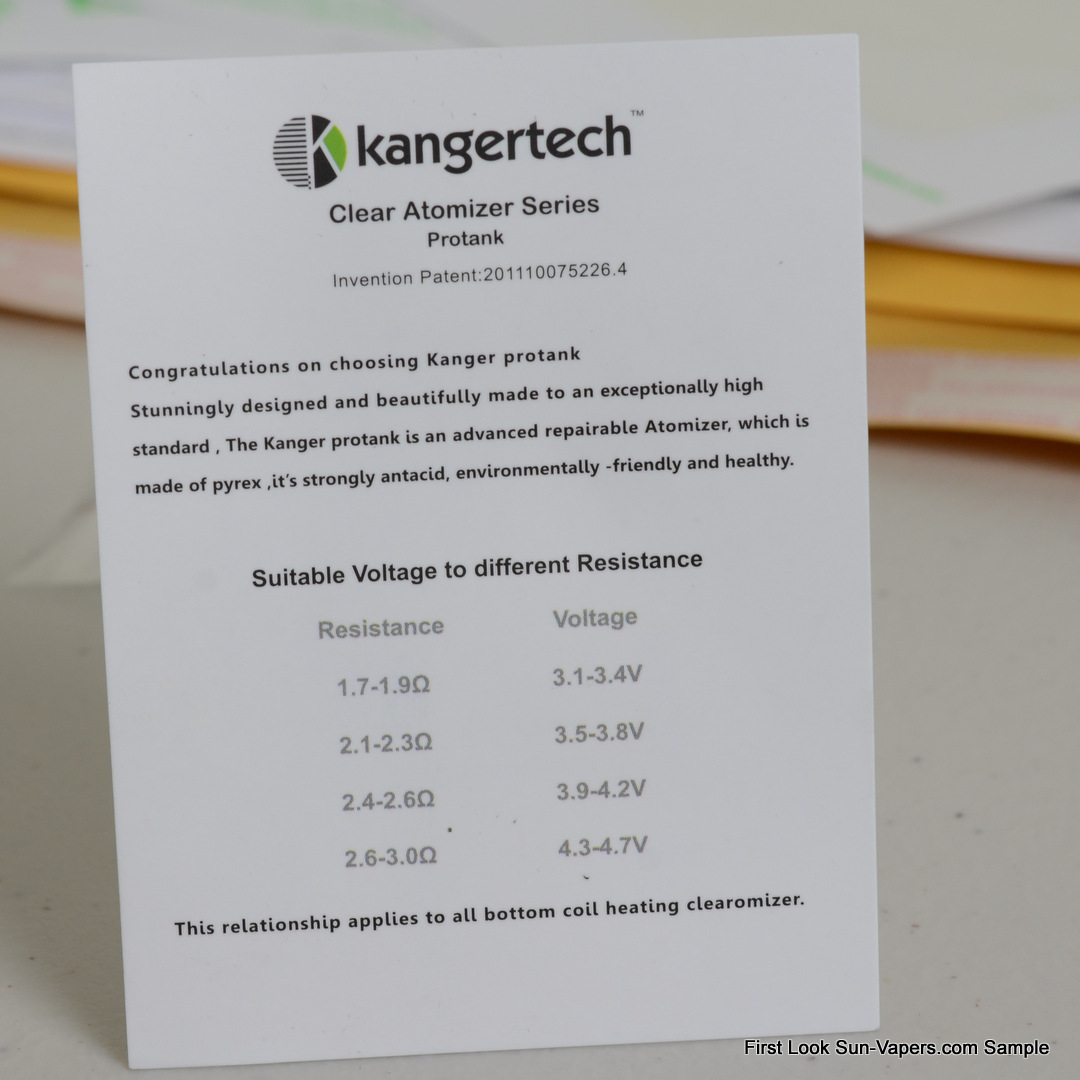 I did suggest we use all aluminum or stainless steel for the metals.  But regardless this looks fantastic and the Kanger Protank is just the beginning of glassomizers. 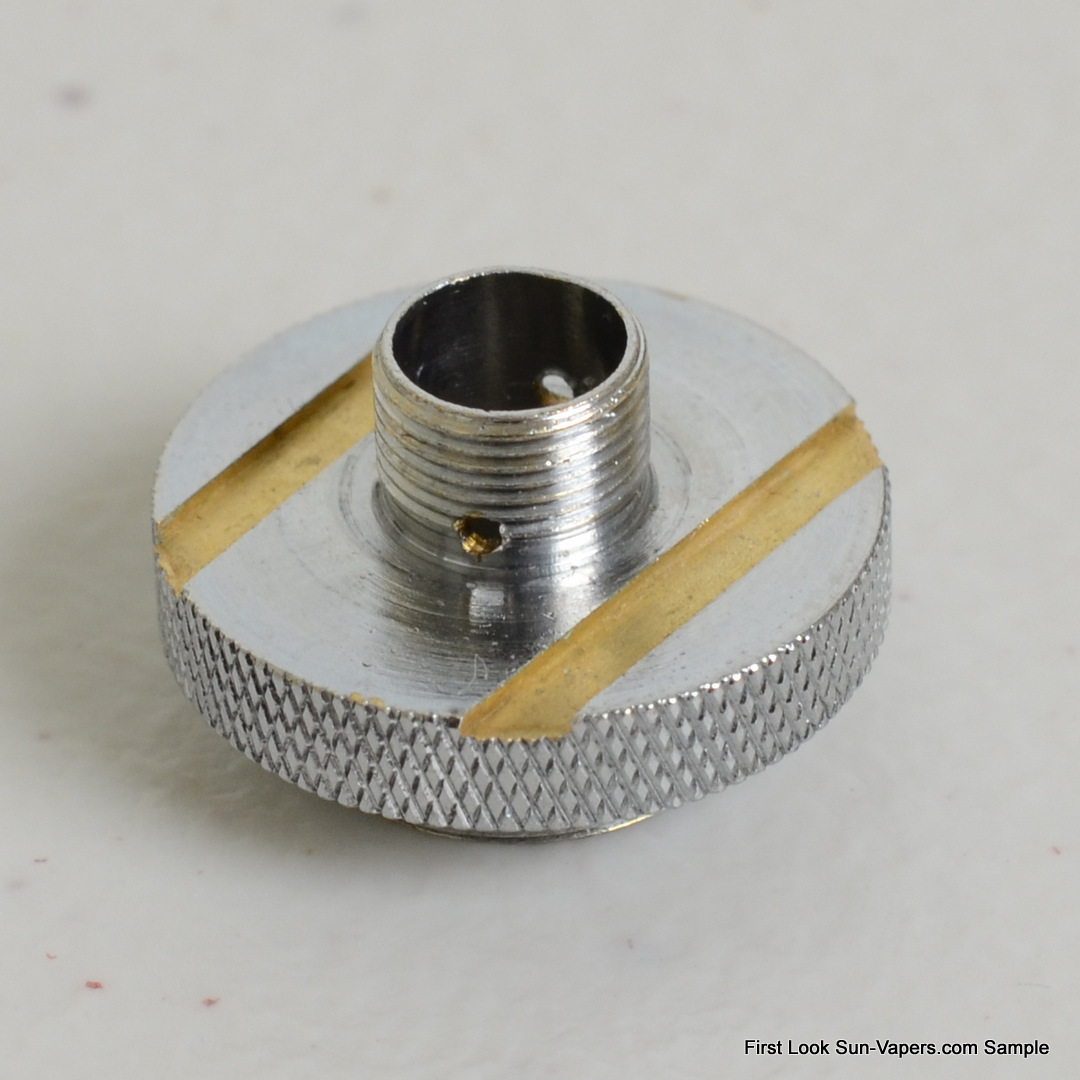 Protank base flipped the correct way it will set on a clearomizer. 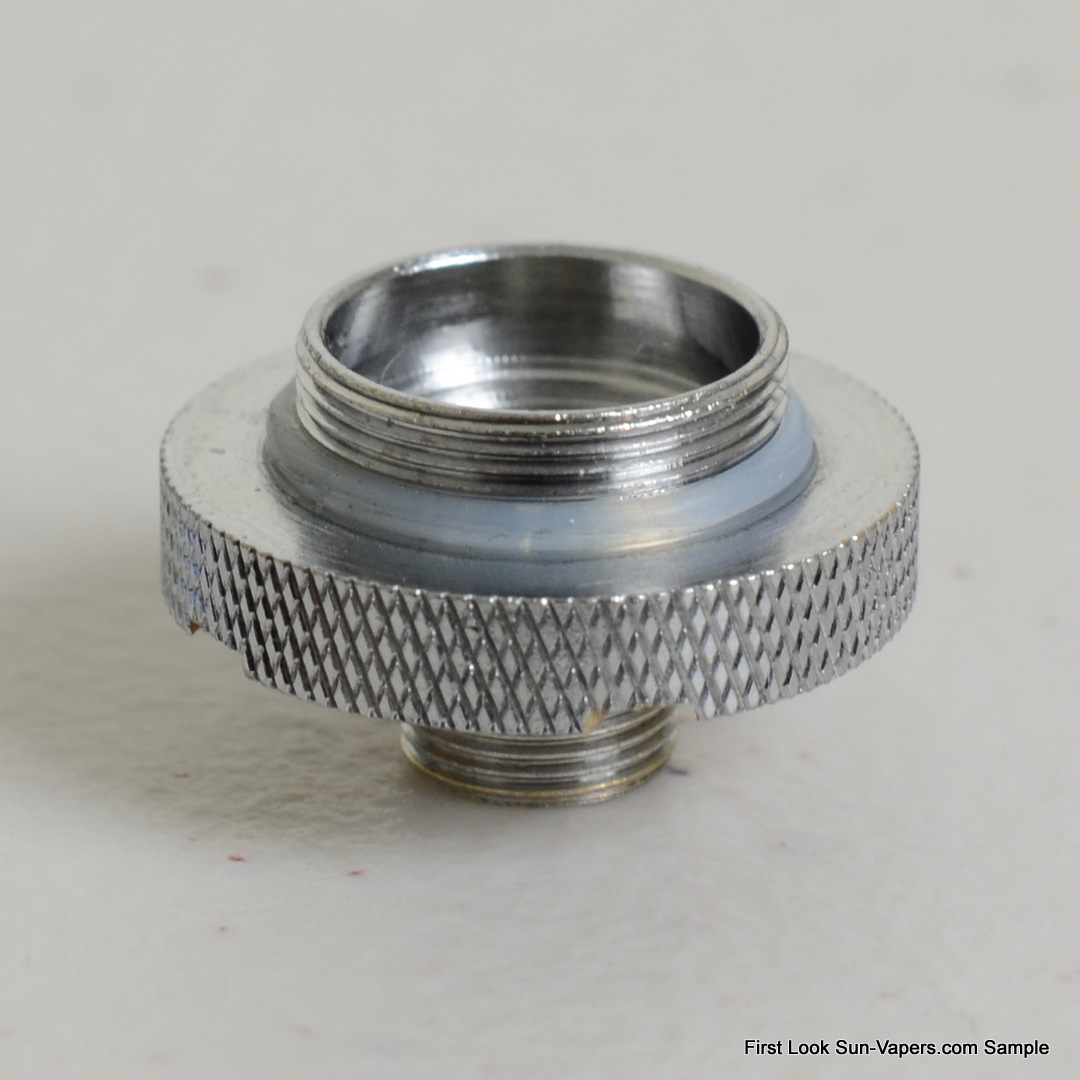 This threading is as big as an evod base thread.  But the eVod did not fit. 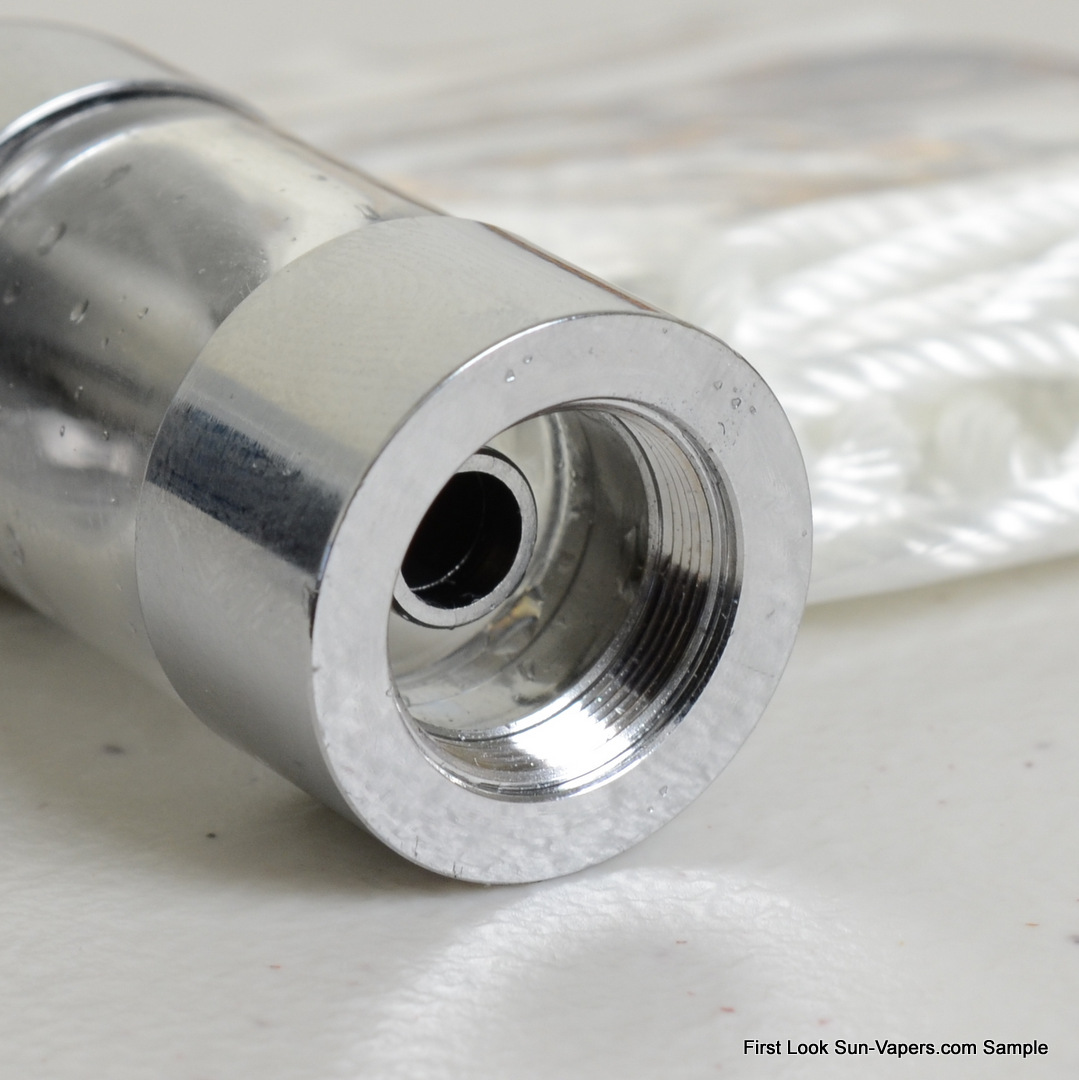 I think I may have received the Protank in the very first Youtube video LOL.  My heads didn’t work well out of the packaging.  That is O.K. the Kanger Protank can use the Kanger eVod heads with small modifications.  Take the center pipe off and the center pin with the beveled edge and simply swap.  Now it will work as is, (without swapping pins)  but the airflow is not as good because the gasket and the flat washer style of the eVod head makes the draw too stiff for comfort. You will also need to shave the gasket back with an exacto knife or dremel type tool. I have done this about 10 times now and its super simple. If you use the eVod gasket when you torque the Protank down it will pancake restricting airflow.  I am not sure why but the longer center pin of the Protank does help with performance. I will have more pictures of these later. 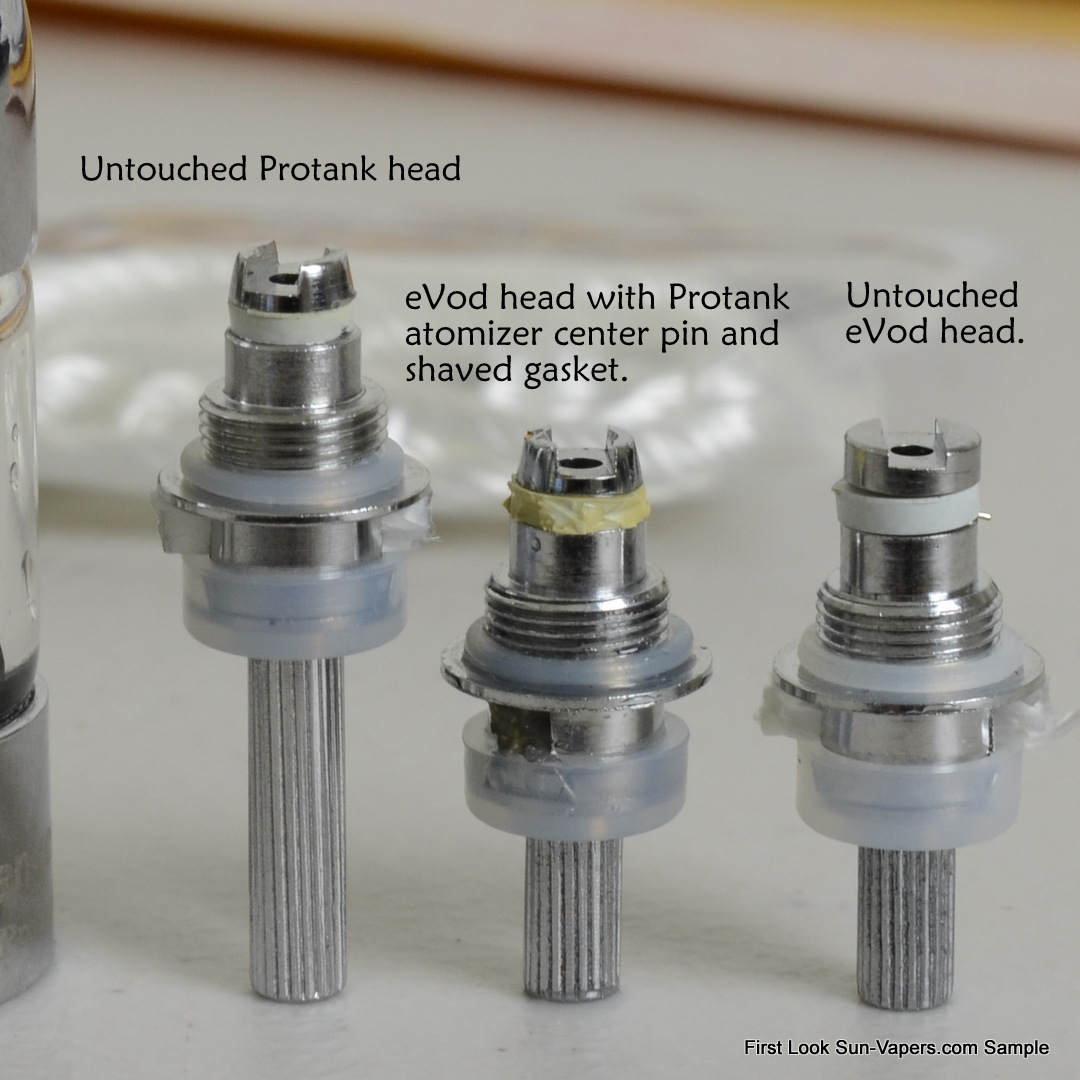 The most annoying thing was when I received the Vision Eternity Kits and the shrink wrap was fused to the tin making it ugly and dirty then they stuck a “Type A” tank in there without redesign on the tin.  Good product with bad execution.  I suggested they do a case thing also but make sure its done right. I have seen the case from a friend it comes with a seal and shrink wrap.  You can see where the seal left is mark on the case.  I received mine already opened. 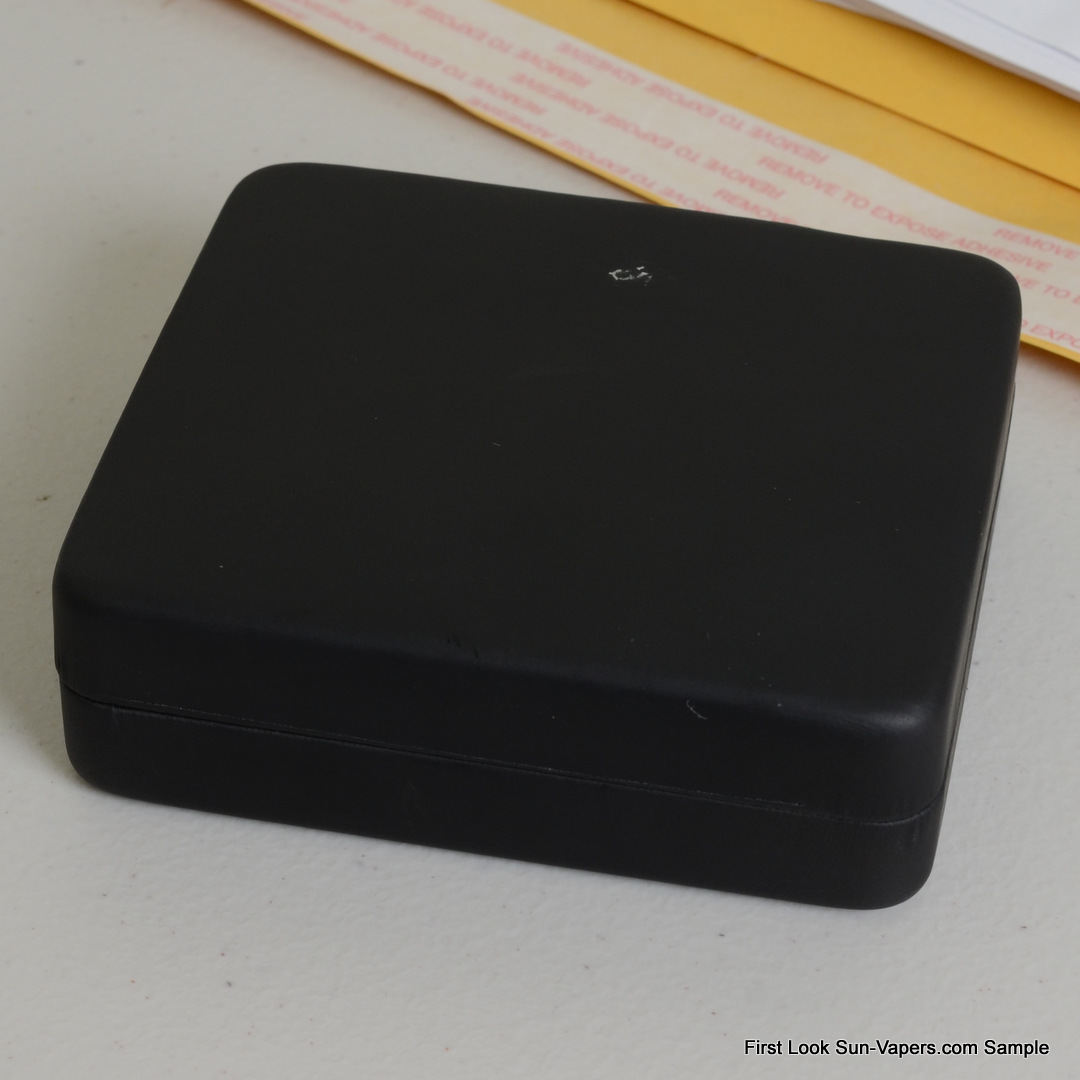 This case is a dream from a merchants perspective; from the standpoint that I don’t need to over bubble wrap it when I ship it. The time they took on everything really makes me happy.  If this is their first jump from poly-carbonates to Pyrex based I can only think it will get better from here. 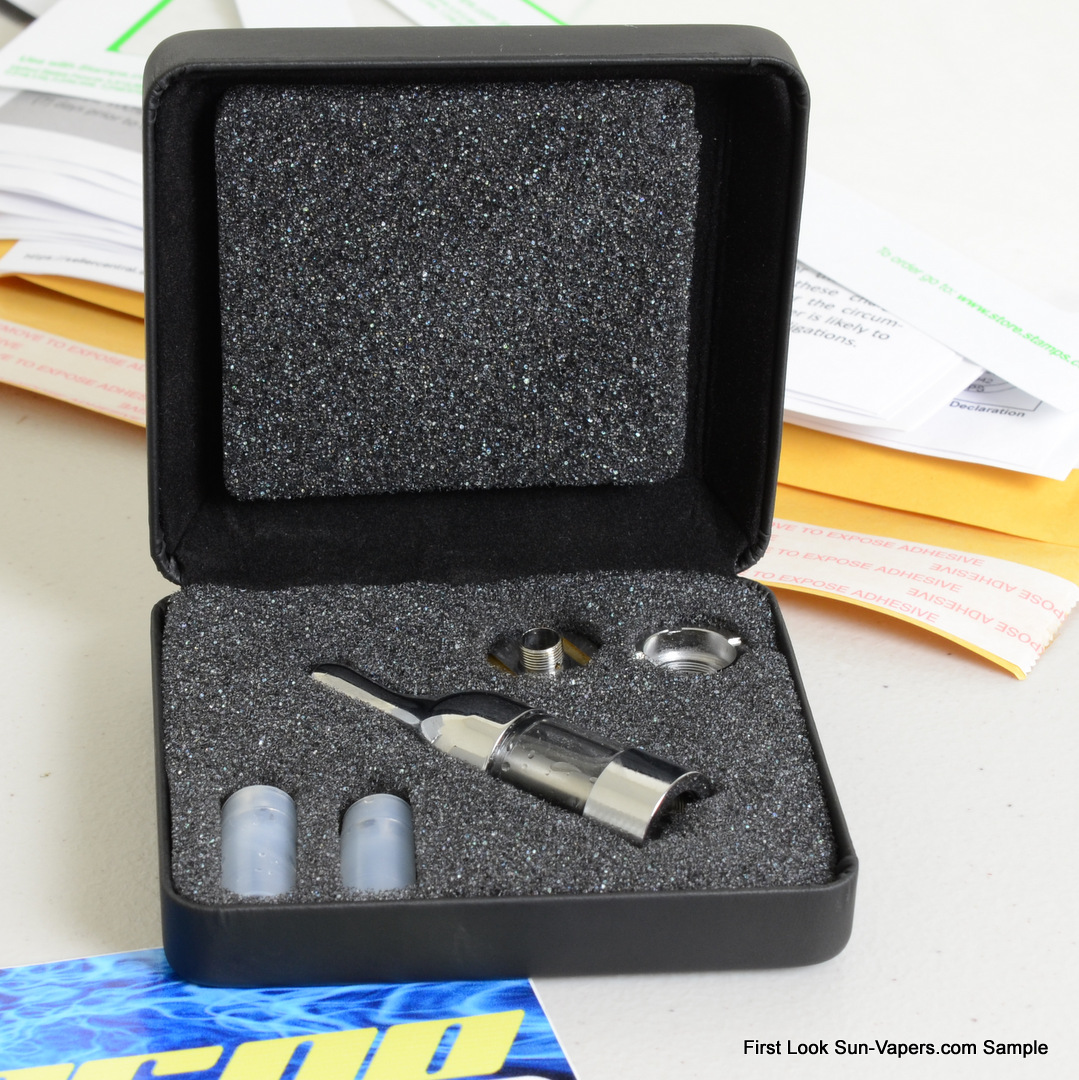 2/13/2013 @ 3:42am more Kanger Protank photos coming soon.  Will be available 2/13/2013 @ approx 11pm PST. I will show the main difference between the eVod head, how to make the eVod head fit and compare it to a full size T3, Vivi Nova, eVod. What it looks like on a ego style battery.  And a brief Q&A as I am receiving many of the same questions I don’t want to leave you all hanging.