Today we are comparing two popular batteries making a buzz in the vape world.   The Sony 30 amp and the Efest 30 Amp.  We will have our own commentary, but you really should be the judge. 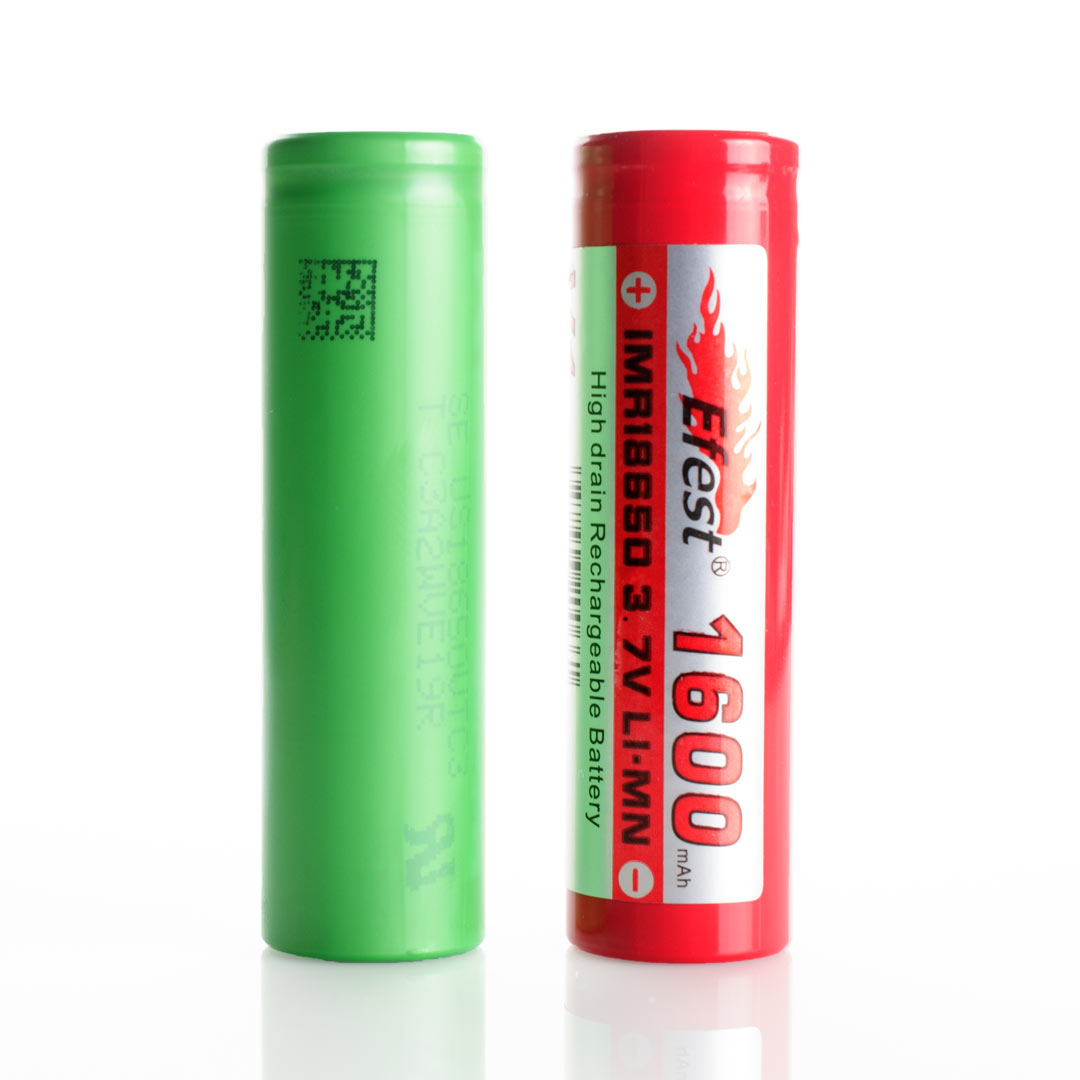 In this test we apply a 3 Amp load for 10 seconds increasing the load 3amps at a time to a cutoff of 30Amps OR 2.8volts whichever comes first.   The graph displays the total wattage. Both have similar wattage profiles until we approach the 20 Amperage range.  The Efest triggered the test cutoff voltage.  The Sony almost hit the 30Amp cutoff right before hitting its own voltage drop cutoff.  You can click in the images to get a full size screen capture.

I’m unclear why the Efest outperformed the Sony in one test and the lost in the next test. I am new at battery testing and there may be something I missed between testing and charges.

(Picture Below) An earlier test showed the Sony winning.  The official test I did for the blog showed the Efest winning. (Picture Above)   I am looking into charging, temperature or any other variables I could have missed.  One thing I did notice is that the Efest battery doesn’t always hit the contact on the charger perfectly.  This could cause the charger to slightly overcharge or undercharge the battery giving a bit of a boost or a deficit. 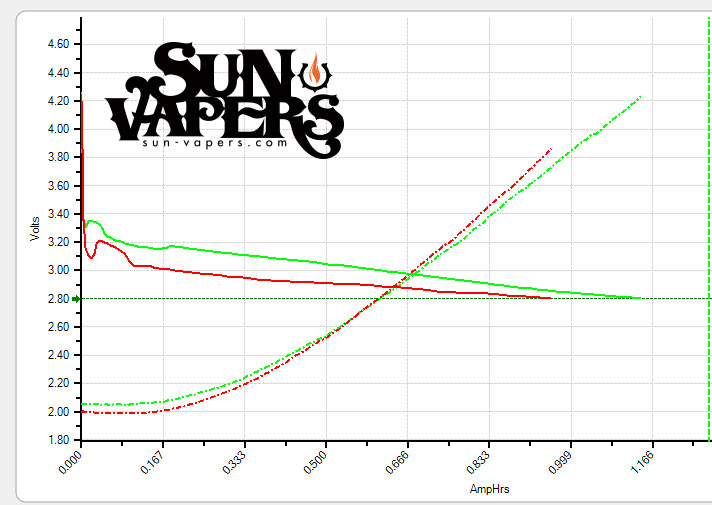 Other observations while doing the 20A tests:

The Efest battery started actually looking hot.  (wavy lines of heat were visible) It was by far a very uneasy test, I have abandoned doing the 25A and 30A test on the Efest as it would be difficult to stress a battery this far in real life with just wick and wire alone, and could be dangerous to go further as well. It should be noted I observed the shrink wrap getting tighter on the battery.

The more drain the bigger the difference.  This test allows me to test high drain without draining the battery to empty or building up heat that could influence the test.  It also allows me to quickly recharge the batteries as they are only drained to 4.0-4.1V. A mistake was made on the color coding.  The red is the Sony and the Green is the Efest. 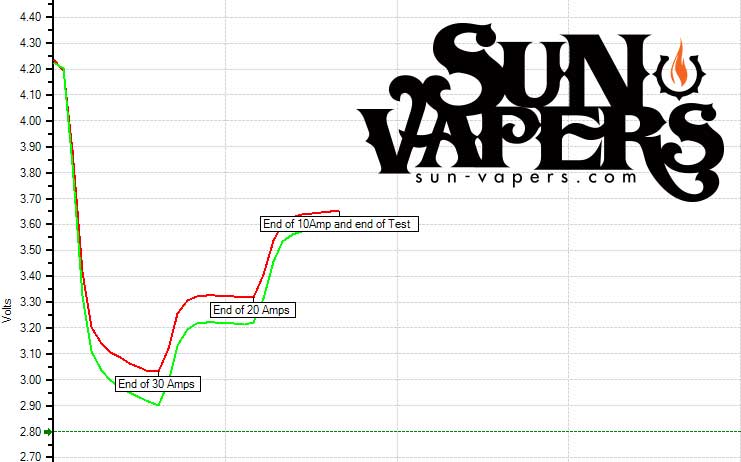 Now for the good stuff: A Sub Ohms test of .2

This test is probably one of the most valuable tests we have here. It shows a real world load a vaper would use.  Ohms are relative, as voltage drains down your amperage will drop as well and then your overall wattage.  This makes really flat easy to understand discharge curves that are directly related to real world mech loads.  I should also note that these are the same two batteries and they have taken a beating on all these test.  I can tell you that the Sony seems to be as strong as the day I cracked it open (it should be noted it actually performing better than when it was new) while the eFest seems to show some fatigue.  The Sony operated at an overall higher wattage, had more capacity and a lower operating temperature.

My conclusion of the 30A battery shootout. (opinion)

I wish had more tests but I don’t think there is anything else to extract.  I could do a capacity test at a low discharge rate, but the result would not be relevant, as we use these batteries for output over capacity and if capacity is your top priority there are several batteries that will outperform these at a lower CA.

Without knowing what standards these companies use to rate something at a certain amperage I would say that the Efest maybe could benefit from an adjustment on what the max continuous amperage is. At 20A the battery was blazing hot and continued to rise even after the load was removed. Above 20A it did not seem to be able to keep up with testing.

I provided you with the facts you be the judge.  The Sony 30A used in these tests is available at Sun-Vapers.

I did find one of the old sub ohm tests and overlapped it with the newer one.

I said that the Sony improves while the Efest gets weaker.  I show this using an overlay of the two tests. To add to all this, I have beaten up the Sony MORE than the Efest.

An important note for those buying items based off my tests.

We have had this battery tester for a week and while its calibrated to 10ma and precision voltage there are still variables that we are trying to eliminate to make each test perfect and consistent.  We have already made some changes to the testing procedure since posting the blog.  This means these test with time may show different results when repeated in the future.

5 thoughts on “Sony US18650VTC3 30A vs Efest 30A shootout. A detailed comparison of the highest continuous amp ratings.”