So I stopped in to get some wick and wire.

I stopped by Vaperoo eCig a San Diego eCig shop located off Mira Mar road to pick up some wire for a video I was going to make and to get some more experienced opinions on building a good easy coil. While I was there I was greeted by some nice guys behind the counter I thought they was saying high because I am a Kanger celebrity. Turns out they just say hi to whoever walks in the door. LOL While I was there I was shooting the shit with Mark the owner and thought hey let me take some picks on my blog.  I know there is a sub niche for high end imported mech mods so I thought I would take some pictures and make some friends with the fellas a Vaperoo eCig.

This picture was kind of hard to take, I found out that if there is vape fog the camera actually tries to zoom in on the fog so we everyone had to stop vaping so I could a nice accurate blurred shot. 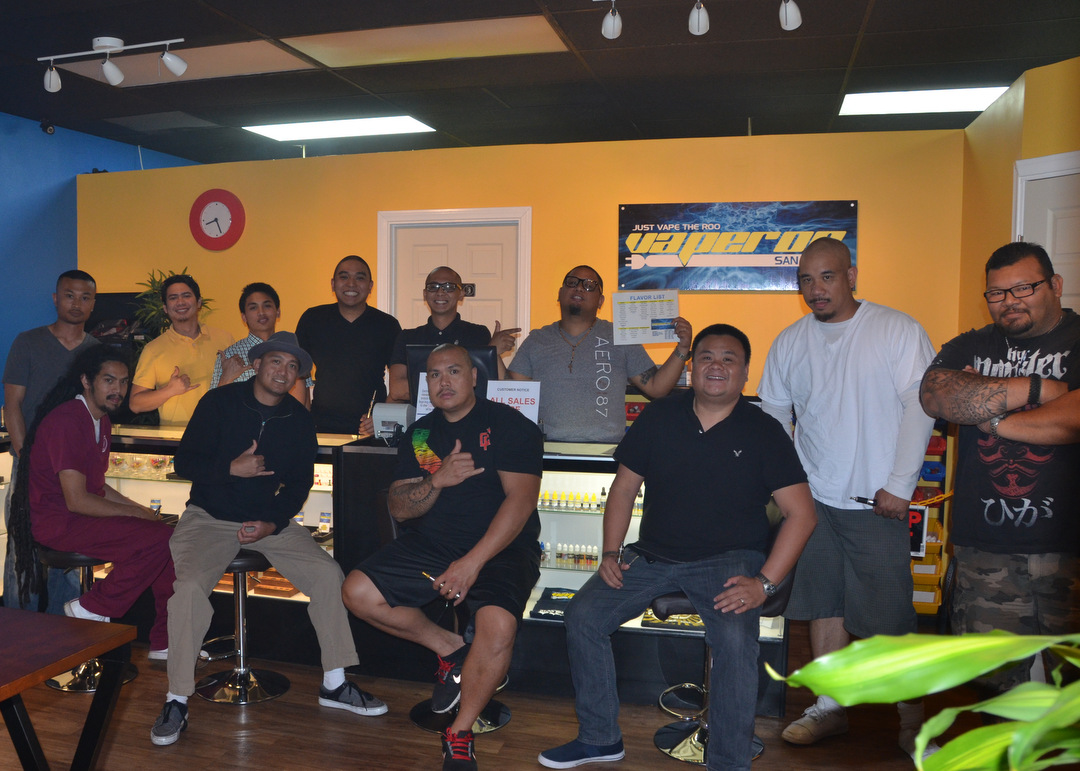 Vaperoo is selling my Protank? Where are my Royalties? 🙂

I took some other shots of their selection which is pretty extensive, they have alot of mods and hardware you would normally see only online.  For those looking a quick grab on the nimbus he does have one in stock as well as some other online only rarities.

Vaperoo is a great place for the advanced hobbyist vaper, their staff is well educated on the finer nuances of vaping and they have an amazing selection of ecigarette hardware and juices.  I wish them well on their business journey and when I need more tips and tricks on my drippers and RBAs I will be sure to give them a call.